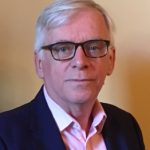 Published on 25 November 2020 Print this document

In January 2012 the UK government announced that powers would be sought for a London-to-West Midlands high-speed rail line based on a refined version of a 220 km route that was consulted upon in 2011. At the same time, High Speed Two (HS2) Ltd, the agency responsible for implementing the project, appointed a development partner for the London-to-West Midlands phase (phase 1) to assist HS2 and to manage and supervise the HS2 consultants. Later, 16 professional service companies were appointed to undertake the design, engineering, environmental and land referencing work necessary for the hybrid bill. Together, this joint team prepared the High Speed Rail (London–West Midlands) Bill, including an environmental statement, and deposited it into parliament in November 2013, only 22 months after route announcement. This paper describes the collaborative working practices that were employed to achieve this successful outcome.