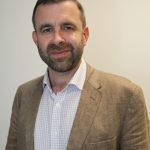 Published on 29 September 2021 Print this document

As part of the Enabling Works Contract’s ecological surveys of trees, an Oak Processionary Moth (OPM) nest was found in a tree in the Colne Valley. OPM can cause various health related issues such as skin and eye irritations as well as, in some cases, breathing difficulties and can penetrate through normal PPE.

In consultation with an OPM specialist, an inspection of all oak trees in the area was undertaken prior to any climbing for inspection or felling. OPM finds were reported to the Forestry Commission who are working to prevent further spread of OPM.

This paper describes the actions taken to mitigate the health risk from OPM and shares the resulting good practice document and risk assessment that were produced. This learning is recommended to any Contractors involved in working in wooded areas – particularly major projects with extensive enabling works and de-vegetation over large geographical areas.

During these surveys an Oak Processionary Moth (OPM) nest was found in a tree in the Colne Valley.

As part of the tree clearance activities within areas of bat roost potential (being conducted under a Natural England Bat Licence), Potential Roost Features (PRFs) within trees were being inspected by bat ecologists through either the use of a Mobile Elevated Work Platform (MEWP) or climbed inspections.

Fusion, working with its consultant AECOM, had a team of ecologists implementing the Natural England bat licence covering the felling of trees within the Colne Valley area in summer 2020.

A climbed bat tree inspection in June 2020 identified the presence of OPM, a pest species and a hazard to human health. A tree climbing ecologist was exposed to OPM during a climb resulting in severe skin irritation of forearms despite wearing a long sleeve top at the time. The tree climber did not have direct contact with the area covered by the nest, only contact with a nearby branch which had no visual indication of anything untoward or hazardous on it. Both of these factors demonstrated the danger of OPM exposure and the challenges in dealing with it.

When the team first encountered the OPM it was a relatively unknown hazard, so a management plan had to be developed to manage this risk.

The main initial concern was to raise awareness and avoid any future incidents of exposure.

The implementation of the hierarchy of controls was put in place immediately in order to minimise the risk to health from future exposure to OPM.

The first OPM encounter was unexpected, resulted in skin irritation to a tree climbing bat ecologist and caused programme delay in planned work area whilst appropriate working methods were planned. The key lessons learned were:

A Toolbox Talk was produced to communicate the risk and is now given to all operatives working in wooded areas. Ecological surveys of wooded areas now include visual inspection for OPM and Fusion has implemented management processes to deal with future encounters. A good practice document was produced and a risk form developed.

Several school and other community interests had requested donations of felled oak. Fusion were unable to accommodate these requests due the residual risks of OPM on the felled timber and in accordance with Forestry Commission guidance. Instead, alternative species of timber were donated to these community projects.

OPM finds must be reported to the Forestry Commission who are trying to prevent further spread of OPM, which has spread from central Europe.

It is suggested that other projects should

Fusion worked with AECOM and Practicality Brown Ltd in implementing this tree clearance scope and associated measures to ensure good practice in relation to OPM.

OPM is established in most of Greater London and in some surrounding counties. Further information is available from Forest Research (FR), the research agency of the Forestry Commission (FC) and Great Britain’s principal organisation for forestry and tree-related research. The links below contain relevant information from Forest Research: