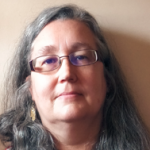 12-week look ahead schedule during construction

Published on 12 April 2022 Print this document

As part of the Enabling Works Contract for High Speed Two (HS2) Phase One, significant works were required in the congested area around Euston, with many different stakeholders involved. All parties required information about where works were taking place, the nature of these works and the impacts on traffic management in the area. Traffic management impacts related to vehicular and pedestrian traffic directional flow, lane restrictions and lane closures. The UCL emergency hospital adjacent to the working area, which required access at all times, was also a consideration.

This paper describes the implementation of a ‘12-week look ahead’ slide deck to minimise congestion and conflicts and maximise clear communication. The 12-week look ahead provided an understanding of what works would be taking place in the next few days and/or had a high probability of taking place, by providing a single source of information containing working sites, compounds and traffic management plans. This paper identifies learning and recommendations for the benefit of future projects

The Enabling Works Contract (EWC) on the southern section of High Speed Two (HS2) phase one, delivered by the Costain Skanska joint venture (CSjv), is in a confined area of Euston, with demolition of buildings and utility diversions all requiring traffic management, and significant interfaces across the programme and various stakeholders all requiring use of the same Euston area.

Due to the nature of the work and the HS2 project, it was essential to have the means to minimise any congestion and conflicts, to have a clear means of communication about the works taking place in the short term, and proposed works in the medium term.

Previously, there had been no formal collaborative approach where different organisations worked together to provide a visual record of works taking place in an area with respective timelines. The 12-week look ahead combined a visual record with traffic management plans indicating directional flow, total road closures or lane restrictions, and showed the pedestrian routes for commuters and local residents as well as the workforce.

The main areas identified for improvement were logistics, utilities and space.

The movements of large equipment, i.e. cranes, were required to be booked in advance and therefore required clear access.

Utilities works required either full or partial road closures. In some cases, utility works impacted other packages because they prevented access to different work packages that were required to work in the same area at the same time.

With the large volume of work on the HS2 project and the congested Euston area, space was at a premium. Identification of areas for welfare, offices and compounds was therefore a key requirement. The 12-week look ahead visual aid enabled any space around workfaces to be clearly seen, permitting spaces for site compounds or welfare to be identified. In some instances, it was possible to share facilities closer to the utilities working areas.

A review of the requirements was undertaken to establish the best means of co-ordinating the works in the area and informing the various stakeholders about the proposed works taking place over the forthcoming 12 weeks. There were thousands of stakeholders that were encountered throughout the works, from the Client, Government, interfaces with subcontractors on the Enabling Works South and interfaces with HS2 Main Works contractors, to local residents and businesses and the thousands of commuters. Euston Station, the London Underground, Transport for London, UCL Hospital and local councils were just a few examples.

This 12-week period was chosen as it enabled a higher level of accuracy in the short term, whilst facilitating project discussions with regards to feasibility of other works taking place in the two-to-three month window. The extended period allowed some minor movement in the date to still be feasible, without impacting the overall project.

A visual map of the Euston area was developed upon which the works for each week would be identified. The slide pack for a 12-week period was developed, with the intention that the first few weeks were accurate, and the subsequent weeks would inform and advise the proposed works taking place in the following weeks.

The map was drawn and placed onto a PowerPoint slide. Onto this slide, the pedestrian routes and flow were added, alongside traffic routes and directional flow where appropriate. The works were also added, with the phase of work, i.e. soft strip, demolition, utilities, etc., clearly identified. The phasing of works permitted an understanding of vehicles and machines that would be working in the area, combined with an understanding of potential noise levels and volume of work traffic.

The owner of the 12-week look ahead was Planning and Project Controls. Prior to COVID-19, a weekly meeting would be held in the site office which all project managers or site engineers and planners from each Enabling Works package attended, including Utilities. There would be A0 sheets (one for each of the 12 weeks) that would be viewed and marked-up with the works taking place. This facilitated questions to be asked in terms of timing of activity, traffic management and potential impact to other packages.

Following the meeting, the PowerPoint slide would be updated from the marked-up sheets and then issued to all present as well as Traffic Management, Consents, Community Engagement and HS2.

During the COVID-19 pandemic, the meetings became virtual, with Project Controls leading, presenting and updating the slides during the meeting. As the HS2 Main Works started, attendance at the meetings was widened to include Main Works contractors.

Those immediately involved were the package managers, site engineers and planners. Other stakeholders, including HS2, CSjv Community Engagement, Traffic Management, Consents and Engineering all benefited from seeing the visual timeline and work areas.

The week-by-week slide was discussed during a weekly meeting where all relevant parties were able to see the proposed works, confirm works taking place and identify if other works in the area may have an impact on their works. This approach facilitated discussions and solutions where applicable to achieve the best possible result for all packages.

The works within the two-to-three month window facilitated project discussions as to whether works could be undertaken without impacting other activities in the area. As an example, Utilities on Drummond Street required lorry traffic on another package to be re-routed along Euston Street. On another occasion, a partial road closure resulted in no access for a crane, requiring the identification of another work window.

Identification of the traffic management systems on the map allowed packages to review and inform their respective parties. This enabled large equipment (cranes, crushers, etc.) to be brought in at the optimum time without issues.

Spaces for welfare facilitates and site compounds became easier to identify; once agreed and on the slide pack, the location was then easily shared and communicated to others.

Where parties were unable to attend the weekly meeting, the sharing of the 12-week look ahead slide pack facilitated easy communication, ensuring that information was still shared and available to all relevant parties.

CSjv Community Engagement had information available to discuss with local residents and businesses and advise on works taking place in the next few weeks, including how long they were expected to take place.

Other local stakeholders, businesses, commuters and residents were able to be informed of forthcoming works and traffic management restrictions.

Utilisation of the 12-week look ahead slide pack proved valuable in terms of a quick week-by-week visual aid of the works and traffic management in place in the various areas across Euston.

The weekly meeting enabled all parties to attend at a single time to understand what works were taking place in other areas, facilitating an understanding of the progress across the wider programme. Parties were able to identify potential conflicts and either resolve them during the meeting or have contact with other works packages to have a more detailed conversation with relevant parties involved.

This regular meeting enabled contacts to be made and further discussions to take place between packages at a local level, as and when required.

The slide pack provided a communication piece to the wider community, sharing the information of upcoming works and general progress, enabling engagement with the various stakeholders and helping to secure understanding to enable permits, highways and consents to be obtained.

The 12-week look ahead was utilised by the CSjv Community Engagement Team to share information and keep local residents and businesses informed not only about the progress of works but also future works in the next few weeks.

To improve this approach even further, consideration should be given as to the feasibility of utilising GIS or Aphex.

Projects with several works in a congested area see delays when conflicts of works or restrictions on traffic impede the progress of other works, thus increasing costs and the duration of works. By identifying these works in a visual format ahead of time, solutions were identified in advance to the benefit of the overall project.

Some solutions involved a slight adjustment to when works were undertaken, while others resulted in communication and understanding to ensure logistics routes were clearly marked and deliveries were clearly planned. This minimised delays and the risk of additional costs associated with the delays.

The many local residents, businesses and commuters were able to see in advance how the works may impact them either in terms of noise or via the traffic management.

The local councils benefited from seeing all the road works in the area on a single slide. This facilitated easier discussions to ensure that consents were issued.

The author would like to thank all package teams and functions involved with the implementation of the 12-week look ahead meeting and slide pack, as well as Linda Bennett and Rhiannon Cogbill.